This is a game I played on Wednesday 26th Nov 2008. It is a game that I should have won (it seems that I am saying that a lot lately). I missed an easy win. I will not tell you where yet as it would be too easy.

The 2008-9 Kent League season started with a 4-2 win over Chislehurst in the Harvey Cup. In this position from the match, white (to play) can win by playing Ng5, but there is a more spectacular (though not necessarily better) way to win. 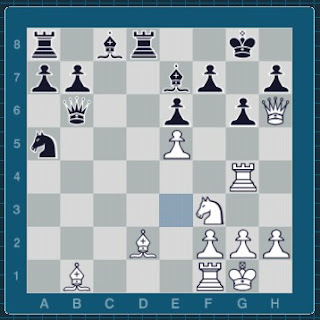